Home » General » Politic » Poverty and Capitalism in the 21st Century 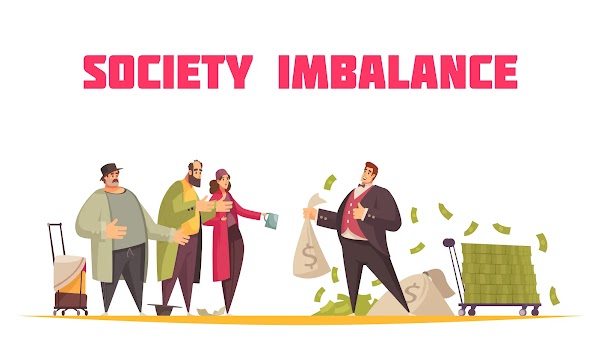 The work to end extreme poverty is far from over, and a number of challenges remain.
Access to good schools, healthcare, electricity, safe water, and other critical needs remains intangible for many people.
According to the World Bank, 1 in 10 people in the world live under $1.90 a day. In third world countries, between one quarter and one-third of children die before reaching five years – in the poorest countries, this number is closer to half.

Population below the poverty line

And all of this is happening while a handful of people in the world control more wealth than 3.6 billion people.

You will find more statistics at Statista

People are not born in a world of poverty and lack of resources. Almost half of the world’s food production is thrown away as you can see in these images:

We know we have more than enough resources and human energy to offer clothing, feed, educate, provide medicines, and intellectual development for the entire world population. Failure to fulfill such objectives has to do with how our social relations are organized – in short, capitalism.

How is it that poverty is created by capitalism? Exactly the same way it creates profits – through the work of human beings. Poverty and profits are two sides of the same coin. Those defenders of capitalism emphasize that the system creates a huge wealth but fails to tell us that the wealth it produces is the result of a simple transfer – in terms of human energy, ideas, and actions – the majority belonged to a minority holding power. This transfer gives rise to financial profit.

The capitalist brings financial and material resources and the employee shall provide the workforce. Each contributes something, but the fruit of their collaboration is never divided equally. The employer has the time and labor of the worker simply because the latter has no means of production and forced to sell their labor power to live. Therefore, the employer is the one who sets the rules.

Usually, the ordinary worker is not a person who lived irresponsibly and didn’t know how to manage their wealth. Most often, he or she is someone who has never had much choice. That’s because their livelihoods have accumulated over time in the hands of others.

That means work in capitalism and that poverty is an issue closely related to the labor issue.

Of course, this is just a very short analysis of this matter at hand. In my future posts, I will try to offer a more complex point of view.