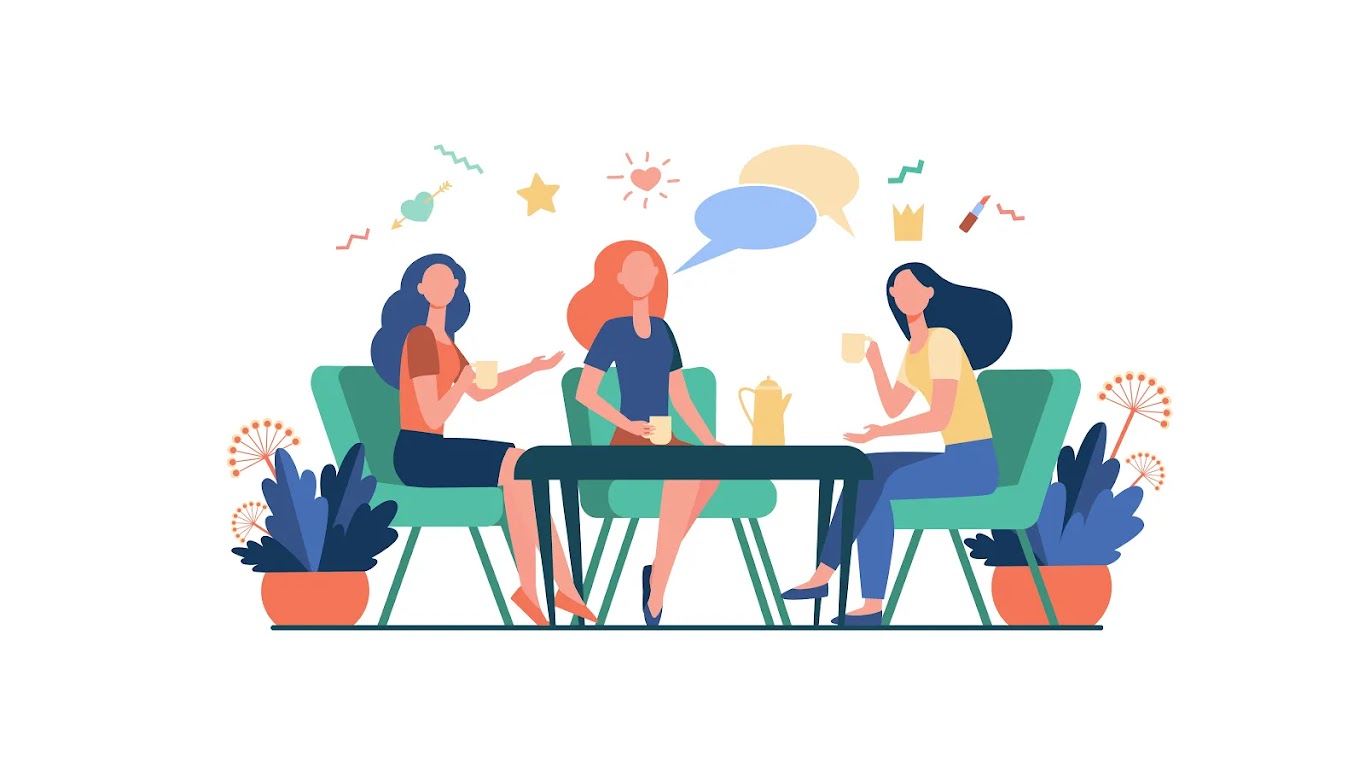 If you are thinking of giving up coffee, you might want to put a pause on this thought and read this article until the end.

A Japanese study found that people who drank at least one cup of pure coffee a day reduced their risk of developing cerebral hemorrhage or stroke by up to 20%. Coffee remains a healthy drink, even if it is decaffeinated. Scientists say that too much caffeine can lead to dehydration and increased anxiety, so too much coffee can do more harm to the body than good.

Caffeine is not the key ingredient that turns coffee into a healthy drink. The researchers found that there are hundreds of natural substances in coffee beans, with positive effects on the health of the heart and brain.

Let’s take a look at the known benefits of the coffee:

A study by the US National Institutes of Health found that people who drink an average of four cups of coffee a day are 10% less prone to depression than those who never drink coffee. Since the effect in question could not be observed after people consumed other caffeinated beverages, the factor responsible for the positive mood is not caffeine, but the antioxidants in coffee beans.

2. Coffee reduces the predisposition to suicide

A large study by the Harvard School of Public Health found an impressive statistic that consuming 2-4 cups of coffee a day reduces men’s and women’s predisposition to suicide by up to 50%.

On the other hand, a Finnish study highlights the effects of excess coffee on mental health. The results of the research in question show that people who drink between 8 and 9 cups of coffee a day have an increased susceptibility to committing suicide, compared to moderate drinkers.

Several studies suggest that daily coffee consumption may help the liver self-regulate its functions. Researchers at the Mayo Clinic in the United States have found that regular coffee intake can reduce the risk of developing primary sclerosing cholangitis. This rare autoimmune disease causes cirrhosis of the liver, liver failure, and even liver cancer.

Another survey of 125,000 participants shows that alcoholics who drink a cup of coffee a day reduce their chances of developing alcoholic cirrhosis by 20%.

4. Coffee is a powerful brain stimulant

Coffee substantially increases brain and physical performance, being used by many athletes before entering competitions. Caffeine increases the number of fatty acids circulating in the bloodstream, therefore increasing athletic performance.

Many health and nutrition experts around the world support the idea that there is an association between coffee consumption and decreased risk of diabetes. It has recently been shown that the risk of developing diabetes decreases by 7% for every cup of coffee consumed. Epidemiological studies have also shown that those who consume a lot of coffee are 50% less likely to suffer from diabetes, compared to occasional consumers or even those who do not drink at all.

There are several ways in which coffee is beneficial in removing diabetes. First, it helps the body use insulin and protects insulin-producing cells and, as a direct consequence, allows efficient control of blood sugar. Second, it prevents tissue damage. In other words, caffeic acid, a component of coffee, is known to play a significant role in reducing the toxic buildup of an abdominal protein deposit. Such deposits, like amyloid fibers, are found in people with diabetes.

6. Coffee reduces the risk of Parkinson’s and Alzheimer’s disease

There is sufficient scientific evidence to prove the effectiveness of coffee in preventing the onset of neurodegenerative diseases. One study showed that coffee drinkers are 60% less likely to develop Alzheimer’s and dementia, and other research suggests that this drink reduces the risk of developing Parkinson’s disease by 32% -60%.

8. Coffee can reduce the risk of developing skin cancer

In addition to all the other benefits of coffee for the body, there is a reduced risk of developing skin carcinoma, the most common type of skin cancer. A 2012 study by Brigham Women’s Hospital and Harvard Medical School announced the results of 20 years of extensive research on a sample of 112.897 men and women.

The findings show that people who drink at least 3 cups of coffee a day are less prone to skin cancer, compared to people who do not consume caffeinated beverages at all.

Although specialty books do not specify the existence of this type of addiction, more and more people use the term, based on their own experience and experiments made by them or their loved ones.

The presence of over 1000 chemicals in roasted coffee has been reported, of which 19 are known as carcinogens. However, most substances classified as carcinogenic exist in their natural state and should not be considered carcinogenic to humans at normal levels of exposure in everyday life.

Psychological effects and changes in sleep

Many coffee drinkers are familiar with “coffee devils” (emotions, fighting, nervousness), a nervous state that occurs when someone has consumed too much caffeine. This condition can cause anxiety and irritability sometimes due to excess coffee and other times due to abstinence from consumption. Coffee can also cause insomnia in some and narcolepsy in others.

A study from Johns Hopkins Medical School suggests that the perceived mental benefits of caffeine are only the result of eliminating withdrawal symptoms from abstinence from consumption. Travis Bradberry, the author of Emotional Intelligence 2.0, suggests that chronic caffeine consumption can lead to decreased emotional intelligence.

A 2007 study by Baylor College of Medicine indicates that the molecules cafestol and kahweol, which are found only in coffee beans, raise the level of low-density lipoprotein (LDL) in the human body. This increase in LDL is an indicator that shows that cholesterol is also rising due to coffee consumption. The Baylor study suggests a link between cafestol, kahweol, and higher cholesterol levels in the body. The filter coffee, with a paper filter, is the poorest in cafestol and kahweol because the respective paper filter has the property to retain these oils, thus not reaching the final drink. Any other method of making coffee does not remove these two substances from the drink.

Effects on the pregnant woman

Drinking coffee during pregnancy could have a negative impact on the size of the fetus, according to a group of Irish scientists. According to them, this substance can reduce the weight of the newborn and can cause premature birth.

Although research has long been conducted in this regard, no consensus has been reached on the amount of safe caffeine in pregnancy. The World Health Organization recommends a maximum of 300 mg of coffee a day to pregnant women. At the same time, the American College of Obstetricians and Gynecologists advises pregnant women to limit their caffeine intake to less than 200 milligrams a day, about a 300 ml cup of coffee. This amount is not considered to cause pregnancy loss or premature birth (the main concerns related to caffeine). Caffeine can also cause poor absorption of iron, a mineral that is especially important in pregnant women. For this reason, if you still consume coffee or caffeinated beverages, it is best to introduce them between meals to have as little impact on the degree of iron absorption by the body. When you drink coffee, caffeine crosses the placental barrier and reaches the amniotic fluid and then into the baby’s bloodstream. Even if your adult body intervenes in the metabolism and elimination of caffeine, the baby’s body is growing. It takes much longer to process caffeine (it will be exposed to its effects for a much longer time). The same thing happens with newborns, so it is recommended to limit caffeine intake during breastfeeding, especially in the first months after birth.

When it comes to the relationship between coffee and coronary heart disease, opinions are divided and contradictory. The effects depend on the method of brewing coffee, the boiling time, genetic factors such as genetic polymorphism. Therefore, some people may be more sensitive to the effects of coffee than others, according to a meta-analysis published in the Journal of Clinical Nutrition and Dietetics (2016). Arrhythmias Research shows that there is not enough evidence to show that caffeine intake has arrhythmogenic effects, but it is recommended that people with arrhythmias and cardiovascular disease limit the consumption of coffee and beverages with certain caffeine content. Caffeine acts on heart enzymes that stimulate the intensity of contractions. It can facilitate the release of natural hormones that work on the heart by stimulating the release of norepinephrine, which produces effects similar to adrenaline. After consuming high amounts of caffeine, it can increase the amount of intracellular calcium in the heart, which can affect the pumping action of the heart. In combination with psychological stress, caffeine can increase systolic and diastolic blood pressure, especially when we talk about prolonged stress, such as occupational stress at work, for example. Also, drinking coffee immediately after or before workouts can have side effects, blocking adenosine receptors and the ability of the arteries to improve blood flow in response to the body’s needs during physical activity. How each body metabolizes and tolerates, the caffeine is determined by genes. Individual genetic variations influence how the body reacts to this stimulant. Thus, people who hardly metabolize caffeine may feel the effects for a longer time and may present a risk on the cardiovascular system, compared to people who metabolize caffeine faster. Depending on genetic inheritance, caffeine can increase cardiovascular risk, reduce it, or have no effect.

Check it out
X
wpDiscuz
0
0
Would love your thoughts, please comment.x
()
x
| Reply