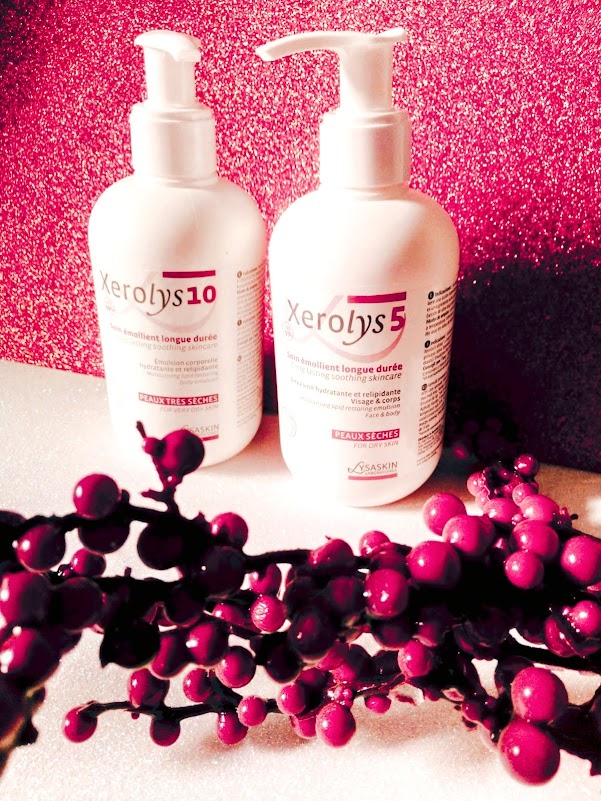 The cold season usually means the green color disappears, and the yellow to orange colors become visible and give the leaves a part of their fall splendor, beautiful holiday decorations scattered all over town, snow, family, and friends celebrating Christmas and New Years Eve together but there is also a less pleasant side effect especially for me and I know I’m not the only one: very dry itchy skin.

Therefore, I never miss the chance to test products that could solve this problem, more noticeable during the cold season, so I was extremely happy when I’ve been chosen to test a new product: the Lysaskin moisturizing solutions that I received on the newest BUZZStore campaign in collaboration with MagnifiqueSkin: Lysaskin Xerolys

In this BUZZStore campaign, I’ve received Xerolys 5 and Xerolys 10 moisturizers, two creams that not only moisturize dry skin but also heal it. The beneficial properties of these two products on the skin are due to their unique complex of moisturizing active ingredients called Urodium.

URODIUM, a registered trademark of Lysaskin, is a combination of active ingredients that act synergistically. This compound contains urea – a beneficial substance for the skin and sodium chloride, which in combination with urea intensely moisturizes the skin.

According to clinical studies, URODIUM increases the moisturizing capacity of Xerolys formulas by up to 50% compared to other moisturizers, which is why their results on the skin are seen only six hours after application and are maintained throughout the day.

Of the two creams received, Xerolys 5 is the one that suits dry skin, but not with serious hydration problems. It moisturizes and protects normal or dry skin, and the URODIUM in its formula is composed of 5% urea and 2% sodium chloride. Besides, it also contains glycerin, as well as sodium lactate, but also shea butter, jojoba oil, apricot kernel oil, beeswax, vaseline, and mineral oil which together reduce the evaporation of water from the epidermis.

In other words, it’s an effective cream against dry skin, but not strong enough to treat more serious problems. That’s why I gave it to my sister with normal skin who told me that it keeps her skin hydrated and very silky throughout the day, even if she only applies it once per day in the morning.

I kept Xerolys 10 for myself with beneficial effects against dry skin, ichthyosis, irritative dermatitis, senile pruritus, or post-hemodialysis.

This cream contains URODIUM consisting of 10% urea and 5% sodium chloride, as well as glycerin and lactic acid. Even in the driest areas of the body, such as the hands and legs in my case, it quickly reduces itching and deeply nourishes the skin, no matter how much it’s affected by dryness.

Do you have problems with dry skin? And if you do, would you consider trying Lysaskin Xerolys 5 or 10?