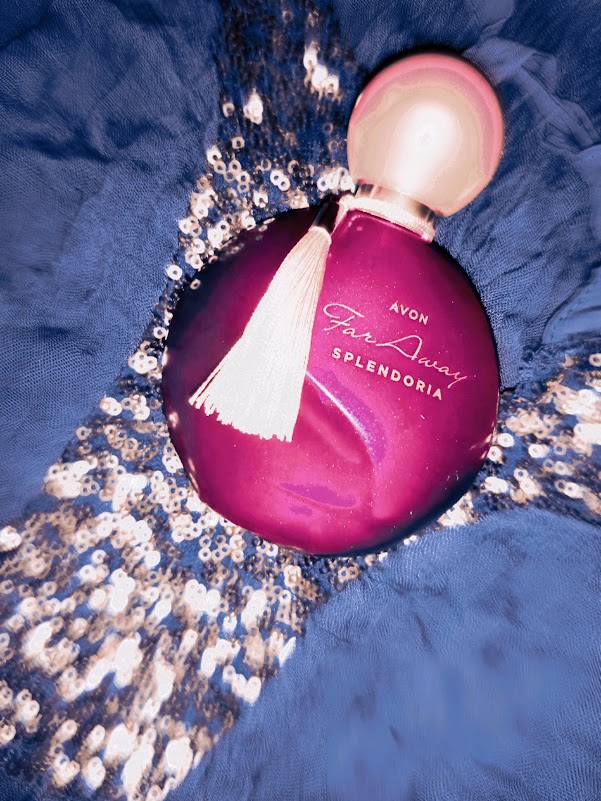 Today I’m going to talk about the new perfume I’ve received from BuzzStore and Avon: The new Far Away Splendoria.

What can I tell you about this perfume? How about that is preferred by 9 out of 10 women who chose their favorite oriental fragrance over a luxury fragrance. It’s a perfume based on oud, one of the rarest, most complex and pleasant ingredients in perfumery, which over time has stirred the imagination and relaxed the senses, a special and distinct aroma that has no equal.

The hypnotic sensuality of the Orient is now encapsulated in Far Away Splendoria. Based on white oud and with a unique combination of ingredients, the new fragrance that AVON offers fragrance lovers is a modern and brighter interpretation of the liquid gold of Middle Eastern perfumery.

Even though traditional oud is considered dark and masculine, Avon has created a fresh white oud scent that is more feminine and sensual for Far Away Splendoria. The essence was inspired by the golden lands and the hypnotic sensuality of Arabian flowers, and next to white oud in the new perfume there is a bouquet of gardenias, with notes of black plum and orange, but also creamy vanilla, all complementing in the most inspired way the sophistication and complexity of oud.

But you don’t have to take my word for it. You can try it yourself and let it overwhelm your senses and spark your imagination.
Lush and sophisticated, the new Far Away is an escape from every day in a fascinating world that sends you dreaming to the splendor of the Middle Eastern landscapes.